Home Other News France Airbus now wants to remain in UK regardless of Brexit outcome
Share
Facebook
Twitter
Pinterest
WhatsApp
Email
Print
Toulouse planemaker Airbus wants to stay in the UK whatever the outcome of Brexit, as the country is “a very important pillar” for the company, new CEO Guillaume Faury said this week, amending negative comments made by his predecessor.

Airbus, seen as the poster child of industrial integration in creating European champions, also wants to be  “more Asian” to be closer to its fastest-growing markets.

Faury spoke with journalists invited to the innovation days at the company’s Toulouse headquarters. EURACTIV was part of the attendees.

In one of his first major media appearances since taking over in April, Faury stressed that the UK is “a very important pillar” for Airbus.

For that reason, he said, “we want to stay in the UK”, regardless of the Brexit outcome and the future long-term relation between London and the EU, as he highlighted the high-skilled workforce and its research facilities in the UK.

“UK is part of Airbus and Airbus is part of the UK… and we would like to preserve that,” he said. 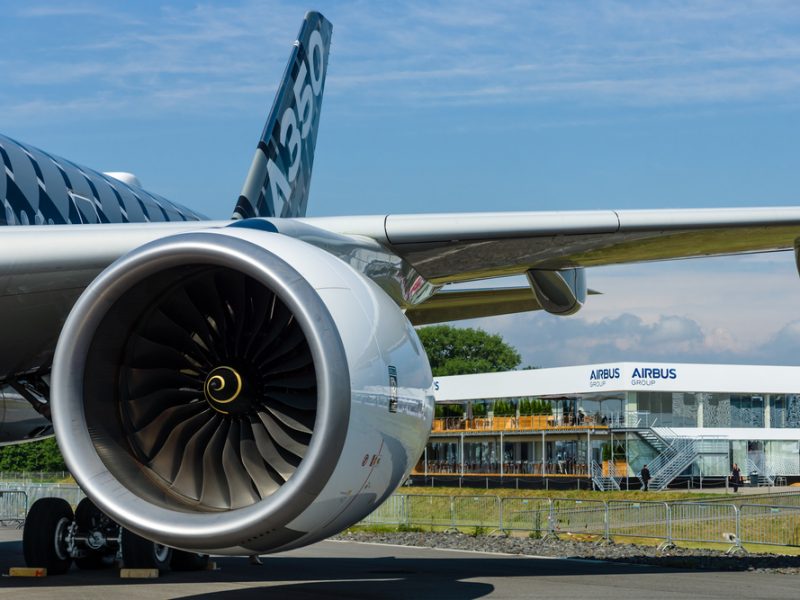 Airbus warned in January it could shift future wing-building out of the UK in the absence of a smooth exit from the European Union, predicting “potentially very harmful decisions” for its British operations in the event of a no-deal Brexit.

The company has prepared for potential border disruptions triggered by a no-deal Brexit and may step up its efforts ahead of the 31 October deadline for the UK to leave.

But the company also wants to reposition itself worldwide.

Airbus has become a buzzword in the debate to create European champions, supported by a revision of the EU’s competition rules. Especially if the arguments to limit the European Commission’s antitrust powers come from France or Germany.

As the EU gears up for a big refresh after May’s elections, there is growing consent among business leaders that incoming policymakers should refocus attention and resources on industrial policy, particularly in the continent’s most valuable sectors.

But the Toulouse planemaker seems to have its heart elsewhere. Airbus is a “symbol” of pan-European industrial integration, its chief commercial officer, Christian Scherer, told reporters.

But he added that the company, which is celebrating its 50th anniversary, is not French or American but “a true worldwide player”, in a reference to its chief competitor, US-based Boeing.

Airbus sees itself “far more advanced” than its rivals in its pursuit to become a global firm. But it still wants bigger roots in Asia.

We would like to be “closely correlated in value creation where the customers are”, Scherer said.

Out of the 37,000 airplanes to be acquired by airline companies this year, almost half of them will go to Asia. As a result, “we need to become a little bit more Asian”, he said.

China is a key part of this strategy. Last March, Airbus reached a landmark deal with Beijing to sell 300 aircraft. In addition, it has a research centre and assembly line in the city of Shenzhen.

“We are becoming a true Chinese player,” Faury explained.

While Airbus is looking east, some including French economic minister Bruno Le Maire have mentioned that the crown jewel of Europe’s airspace industry has become an example in the process of creating European champions.

Faury said on Tuesday that he was “in favour of creating European champions”, as the history of the company proved.

But he came close to disregarding the type of government intervention advocated by Paris and Berlin to create them.

Responding to questions about global markets, he said that the company believed “in a level playing field for competition”, as it is important for investments.

The plans to grow on the back of China’s buoyant market could be endangered if the trade war between the US and China escalates.

As more than 10% of Airbus supplies come from US providers, the company could require an authorisation from the US Treasury to export to China if the situation worsens.

However, inside the company, such a ban is not yet being considered.

The Airbus chief said that the company is growing at a “slightly slower pace” but so far it is “not too much impacted” by the trade disruptions. But he warned that “a trade war won’t make any winners”.

Stats are positive since end of formal confinement

The first phase of deconfinement, and more…

Stats are positive since end of formal confinement