Police across France have clashed with gilets jaunes protesters hoping to inject fresh momentum into their anti-government protests, calling for social justice. Despite violent scenes in Montpellier, most protests took place peacefully.

The gilets jaunes movement had tapered off over the summer, but its leaders are hoping to galvanise support for a fresh wave of rallies as the government embarks on a reform of France’s retirement system.

Police said around 1,500 people gathered in Montpellier, where a police car was set aflame by a firebomb, as officers used tear gas to try to disperse the crowd.

Several storefronts were also vandalised, and police said three people had been detained.

While media attention has focused on the burning car, many marched peacefully through the streets. 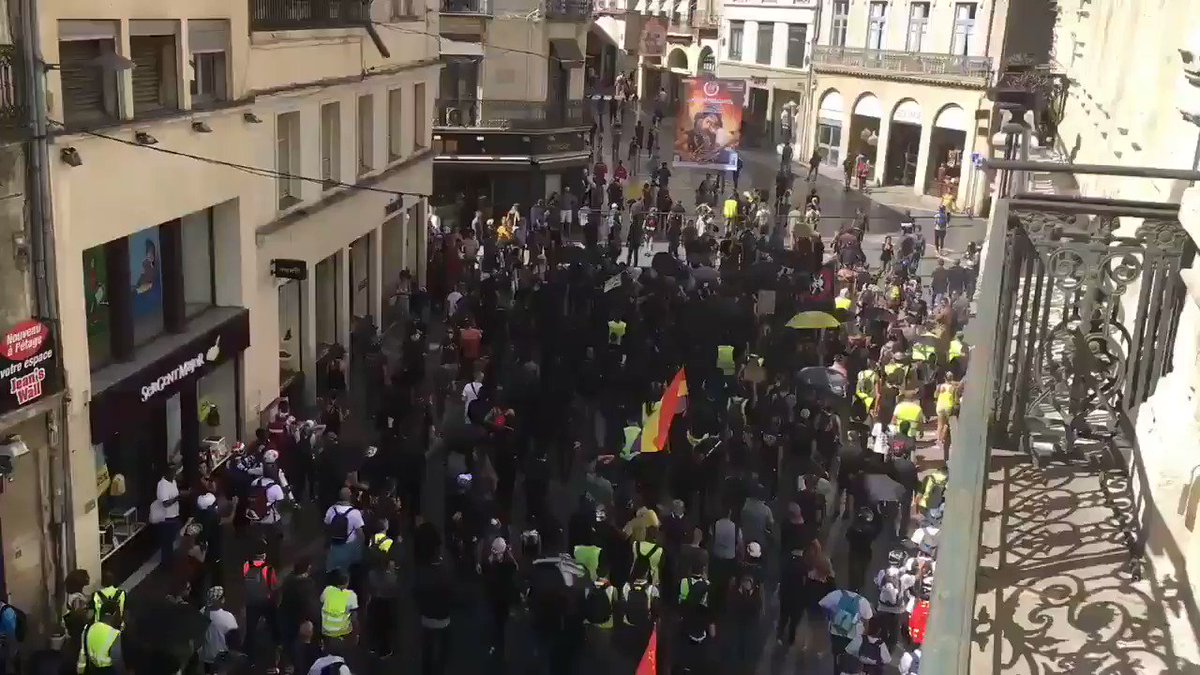 Rallies of several hundred people were held in cities including Rouen, Strasbourg and Toulouse.

“We’re all together, we want the government to drastically change its policies… and radical change can only come when this government resigns,” said Alexandre Chantry, a gilets jaunes organiser in Lille.

However only a few dozen people demonstrated in Paris, where the authorities have maintained a ban on protests on the Champs-Elysees.

The famous avenue was the scene of burning cars, smashed storefronts and violent clashes with police after the protests erupted last November.

Triggered by anger over a fuel tax increase, they quickly ballooned into a broad movement against Macron, accused of ignoring the day-to-day struggles of low-income earners in small-town and rural France.

The protests rocked Macron’s presidency, and he eventually unveiled nearly 17 billion euros in wage boosts and tax cuts for low earners to quell the protests, while vowing to better address voters’ grievances after months of town-hall debates.

But after attracting 282,000 people nationwide at the first gilets jaunes marches on November 17, their numbers had fallen sharply by last spring, and only sporadic protests were seen over the summer.

Macron to summarise the impact on Sunday