A French inventor and entrepreneur has rocketed up the Champs-Elysees on his top creation, the Flyboard, in front of President Emmanuel Macron and other EU leaders.

Former jet-ski champion Franky Zapata soared above military personnel and gathered dignitaries in a futuristic showpiece, holding a rifle with a suggestion of the possible military uses of his device.

Armed Forces Minister Florence Parly earlier told French radio the Flyboard “can allow tests for different kinds of uses, for example as a flying logistical platform or, indeed, as an assault platform.”

Zapata, who first developed his device flying above water, says that the flyboard has the power to take off and reach speeds up to 190 kilometres an hour (118 mph) and run for 10 minutes.

He is now eyeing a crossing of the English Channel which, for the first time, will require a refuelling in mid-flight.

Zapata aims to make the crossing on July 25, 110 years to the day after pioneering aviator Louis Bleriot made the first airplane flight across the Channel. 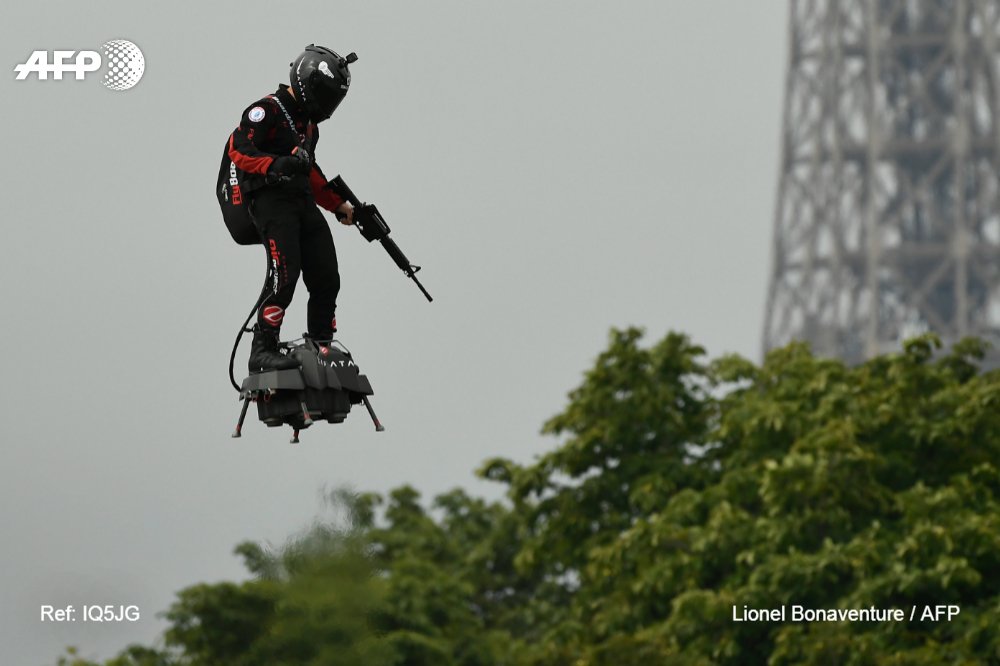 Ports blocked until Friday as part of strike action

Erasmus is not a UK priority to continue

Macron: “let’s press on with Brexit”

Brexitanie, and the British in Occitanie

You’ll need the right papers to drive or hire a car...