Residents in the Gard have been bringing food, water and coffee to local firefighters who have been battling wildfires in the area for a week.

Overall, more than 800 hectares have been destroyed by fire in the past week, especially near the communes of Vauvert, Générac and Beauvoisin.

Firefighters in the area have been working non-stop to beat the flames, in many cases barely having time to eat or sleep. A pilot of a water plane from the Sécurité Civile – married father-of-two, Franck Chesneau – died on Friday after his plane crashed during operations near Générac.

In response, one woman, Séverine, who owns a shop in Vauvert, put up a huge sign reading “collection for the fire brigade”. She is now helping to organise local efforts of support, according to local news source France Bleu Gard Lozère.

Others have been doing supermarket shopping for the teams, including filling up trolleys with food and water.

Séverine said: “We cannot do much, but this is just a little gesture to say thank you to [the firefighters]. We owe them a lot of respect.” 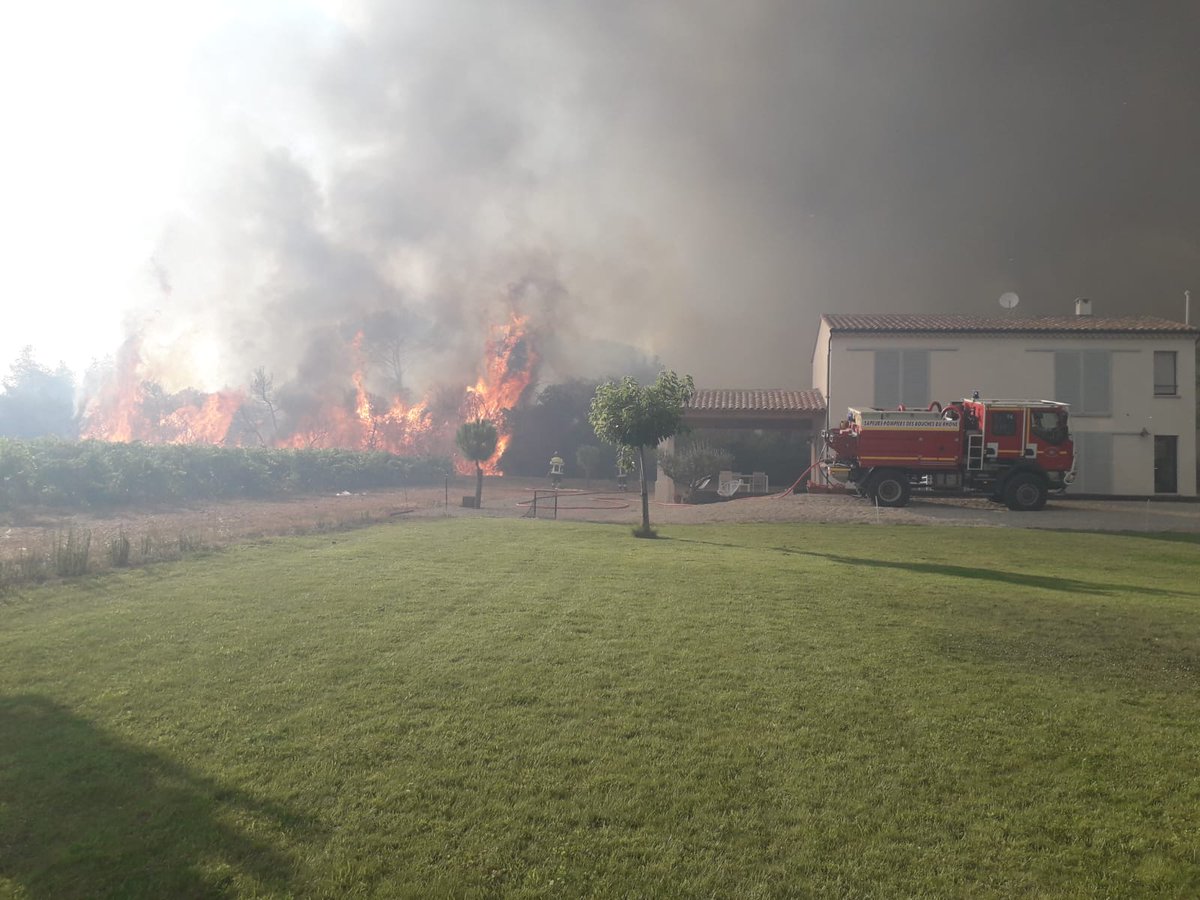 Another resident, Alexandre, said that he saw more lines of smoke [from yet more fires] on his return home from work, and so immediately went to the supermarket to pick up more goods for the firefighters.

He said: “It is just a bit of support. We brought them things to drink, to eat a bit – for those who were in the forest, in the lanes, to help support them. To give them some vitamins. They were happy. Other people had already brought them some food, so they had a lot of support.”  Another resident, Marjorie, whose dairy business was saved from fire by the team last week, brought the firefighters coffee in the morning.

She said: “They stayed here all night, to make sure that the fire didn’t advance any further. We were worried about them, so this morning, at 6h, we arrived with coffee. They were very happy. When we first saw them, they had such looks on them! They were really, really tired.”

Béziers airport passengers up by 15 percent in 2019

Aude and Pyrénées-Orientales red alert in pictures and videos

JPMorgan moves euro staff out of London to Paris

Erasmus is not a UK priority to continue

You’ll need the right papers to drive or hire a car...